FELICITY WARD IS BUSTING A NUT IN AUSTRALIA

Direct from her sold out UK tour and nomination for the biggest award in live comedy, Woy Woy's own Felicity Ward is back and ready to bust a nut-ful of jokes.

As seen on Live at the Apollo and the ABC's mental health doco Felicity's Mental Mission, Felicity was also the first Aussie to be given her own Live from the BBC comedy special, and can be heard as co- host on The Urnbelievable Ashes and The Guilty Feminist podcasts.

Handpicked by Amy Schumer as her UK support act, one of our funniest exports returns to Australia. Tickets are available here. 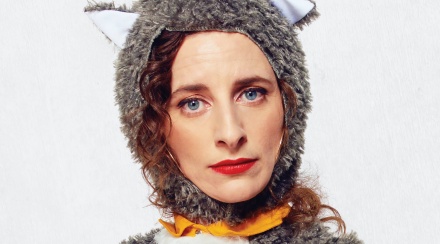