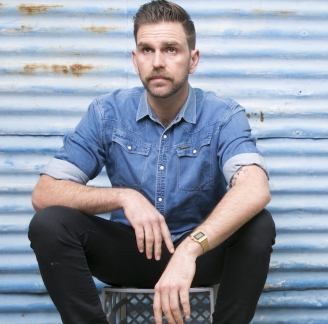 Harley Breen is a popular, award-winning comedian, TV host and radio personality who has won over a legion of fans across the globe with his accessible and relatable stories and style.

Consistently unpredictable, Harley projects the immediately recognisable and relatable image of the unpretentious Aussie bloke. He's been a fixture on the Aussie comedy festival scene for over 15 years, and is a regular on our TV screens, from appearing on panel shows such as Hughesy, We Have A Problem to performing at the Melbourne International Comedy Festival Gala to hosting the Logie nominated social awareness series, Taboo, and the reality show Making It. He recently recorded his live comedy special, Flat Out for Paramount+. In the corporate sphere, he has been brand ambassador for the Caltex Socceroos, Moto GP and VB's debut fragrance, Thirst.

HARLEY BREEN 'NOT QUITE RIGHT' MELBOURNE

HARLEY BREEN 'NOT QUITE RIGHT' TAS

HARLEY BREEN 'NOT QUITE RIGHT' SYDNEY